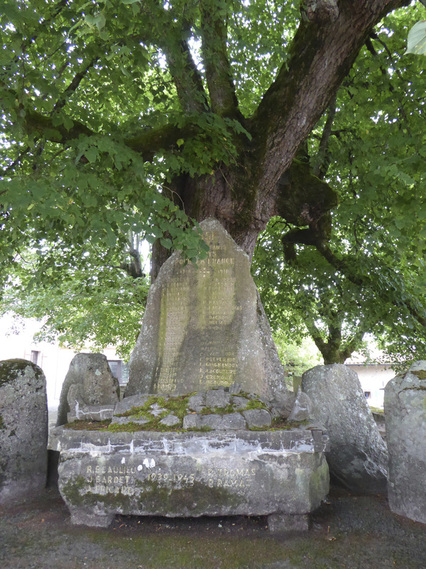 A UNIQUE WORLD WAR ONE MEMORIAL

We visited the little village of Esse (Charente) in July 2014 because we knew it possessed one of the lime trees planted by the Duke of Sully towards the end of the sixteenth century.  But, to our surprise, we found that the tree had been incorporated into a unique World War One Memorial.  There are no symbols of glory and heroism here, but instead an evocation of French history, reconciliation, and hope of reunion.  Right up against the tree is erected a menhir with the names of the dead soldiers from the village carved on it.  In front of this is an ancient stone bench which they believe was a resting place for coffins on the way to the church.  That may be so but we know that many of Sully’s trees have ancient stone benches underneath because the tree was intended as a meeting place for the community.  So there may be another bit of symbolism here.  On this bench has been placed the recumbent statue of a dead poilu.  The entire monument is encircled by a protecting wall of standing stones - a cromlech without the capping stone.

The menhir was taken from a nearby village and re-erected here.  The two ladies we spoke to were sure that the cromlech had also been taken from nearby though I wonder if it was simply stones erected to look like a cromlech.  Nevertheless, the result is striking and thought-provoking.  I know of no other War Memorial anything like it.  It was the idea of Jean Teilliet, who was a painter and a former pupil of Corot.  The square is named after him, 'Place de Jean Teilliet'.

Below is a photo of the engraved stone by the Memorial. 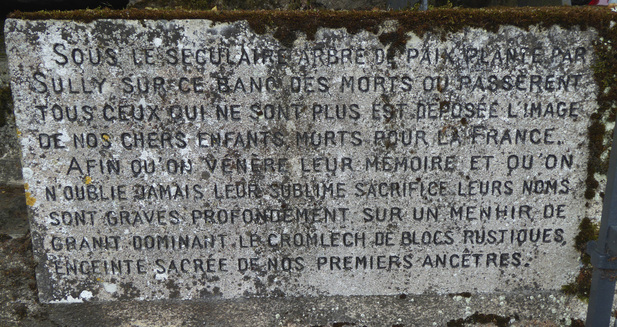 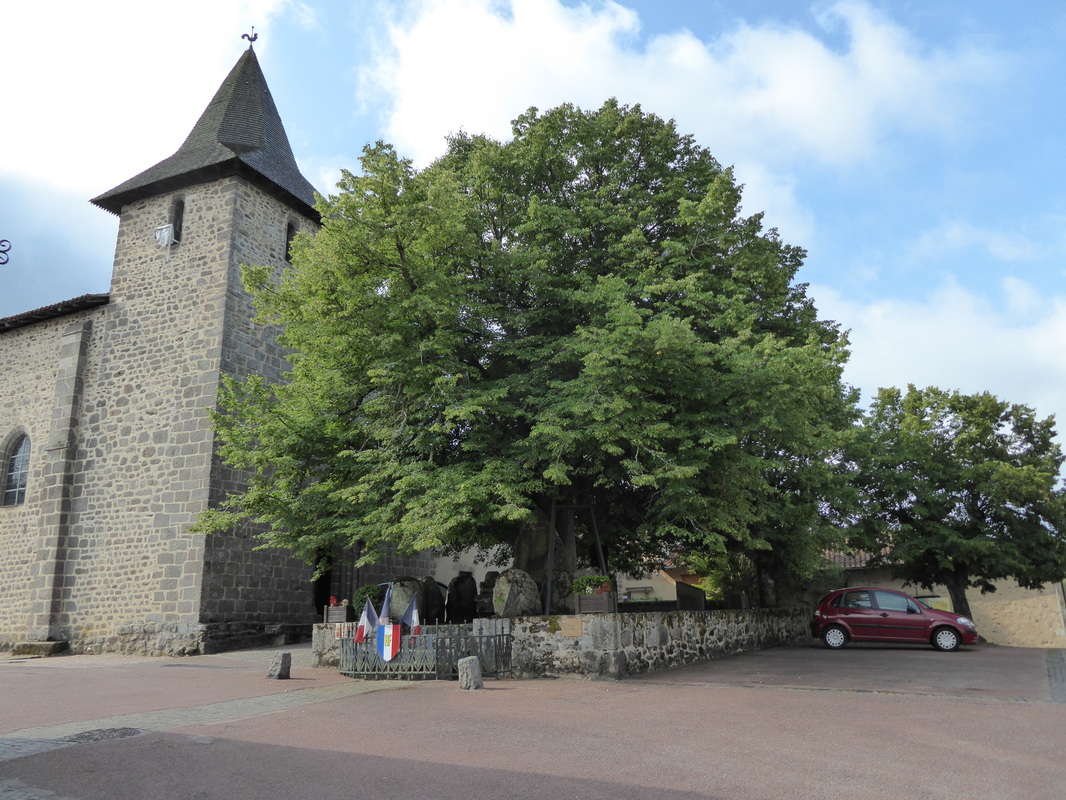 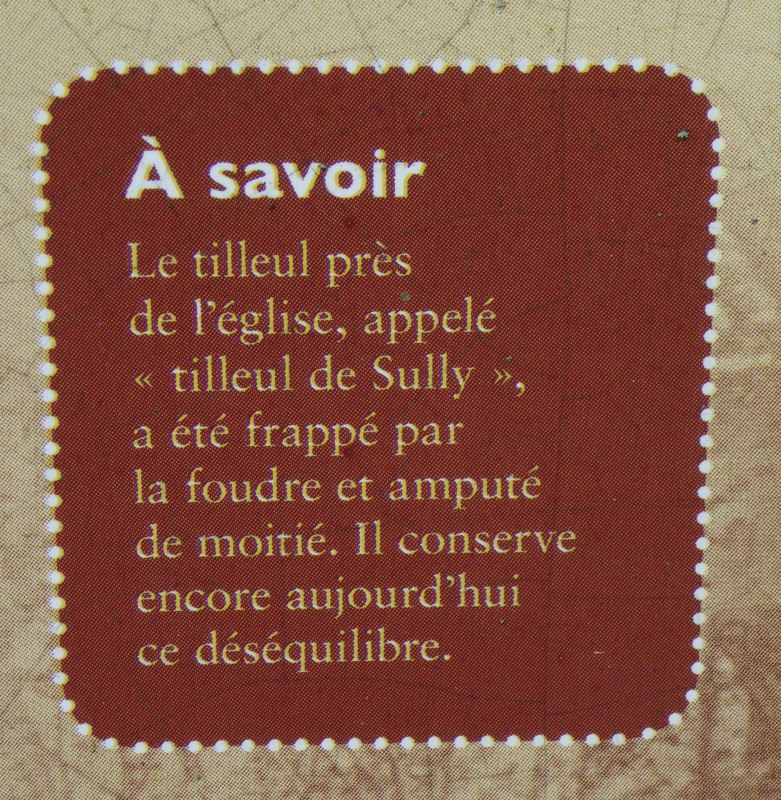 The old photograph (below)  taken in 1911 shows the damage to the tree after it was struck by lightning.  It has survived and is carefully looked after and pruned when necessary today.  This and other photos are on display in the museum. 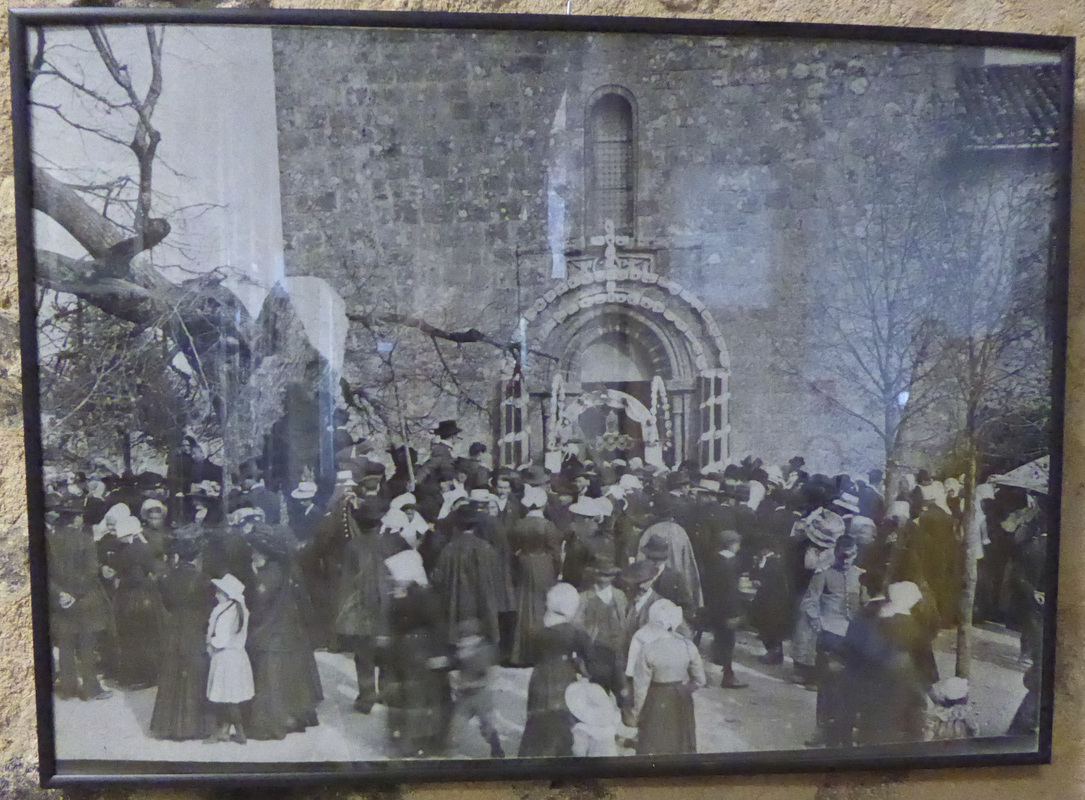 The photograph was taken on the occasion of the ‘Ostensions’, the parade of reliques around the village every 7 years.  Esse is the only village in Charente which still keeps this tradition. 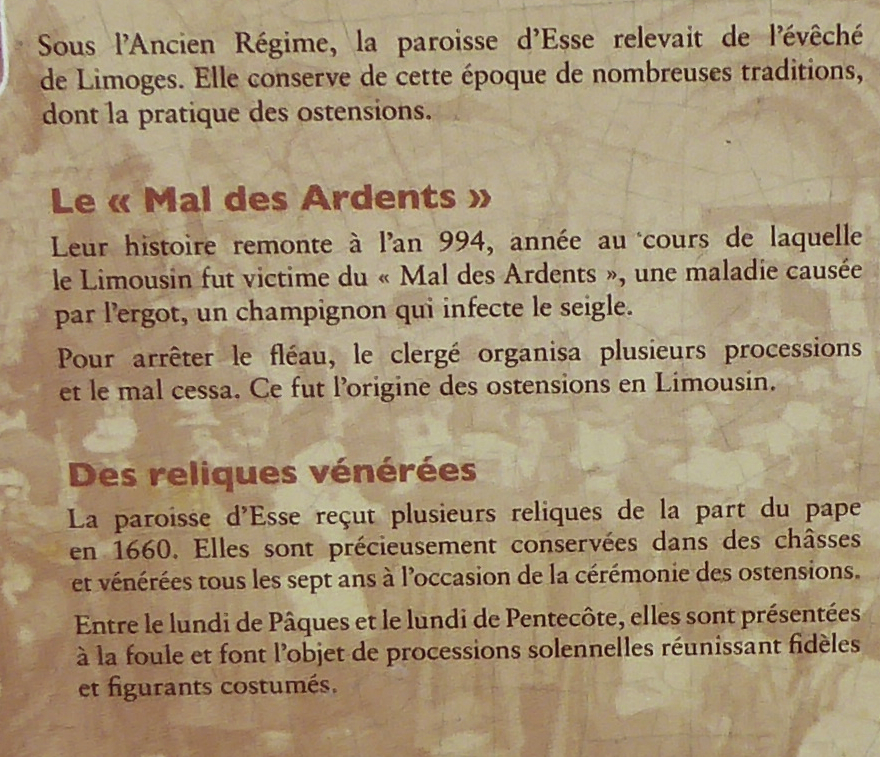